The Key to Being a Strong and Decisive Leader? Empathy!

Medically reviewed by Lori Lawrenz, PsyD — By Katharine Manning on October 28, 2021
Empathy at Work is a column about how we work together and how we can do it with compassion for ourselves and each other to build stronger relationships, better organizations, and healthier selves.

There is a common perception that empathy and toughness are antithetical.

“I understand that empathy is important,” some might say, “but I have to be strong and decisive in my job.”

The implication is that empathy at work is nice to have, but that when it really matters, a leader must be able to say or do the hard thing, and empathy will get in the way of that.

In my experience, the opposite is true. A lack of empathy can lead to avoidance, where bad behaviors can flourish, and snap decisions, which may be cruel and ineffective. This is because, without empathy, it can be difficult to diagnose problems, give effective feedback, or recognize the need for a strong commitment to group values.

Empathy gives clarity on the problem

If there is a challenge on your team, tuning into your empathy can help to identify and diagnose it.

Perhaps you notice that when Dylan, a team member, speaks in staff meetings, other team members look away or catch one another’s eye. Leaning into empathy may help to get at the root of the problem.

Does this happen every time Dylan speaks, or only when he discusses a particular subject? Is everyone on the team looking away, or only some of them?

Imagine that you have discerned that this happens every time Dylan mentions the status of a specific project. This is useful information and a sign that you may need to dig still deeper.

Is he gliding over problems with the project? Taking credit for work he didn’t do? Bullying other team members on the project?

Again, try using your empathy to understand what is happening. It’s a good idea to ask Dylan and the other team members specific questions, listen closely to what they say and what they leave out, and notice their body language as they respond.

The key is first to notice and name what you’re seeing. Then, try paying more attention to understand what is happening and in what circumstances. Then, aim to follow up with specific questions and a lot of active listening.

In her book, “Radical Candor,” Kim Scott, formerly of Facebook, recounts a story of receiving feedback from her then-boss, Sheryl Sanberg, on a recent presentation.

Scott thought she’d nailed the presentation, but Sandberg had some criticism.

Scott had said “um” too much. “Fine, fine,” Scott said, “but who cares?” Sandberg pressed the issue, asking if the “ums” were the result of nervousness and suggesting that the company could hire a speech coach for Scott. Scott still didn’t see it as important.

At this point, many leaders would back off. “I tried,” they’d think. “It’s up to them to take the advice or not.”

Sandberg didn’t back off. As Scott recounted in her book, Sandberg said, “I feel like you’re ignoring what I’m telling you. I can see I am going to have to be really, really direct to get through to you. You are one of the smartest people I know, but saying ‘um’ so much makes you sound stupid.” As Scott said, “Now that got my attention.”

The gift Sandberg gave Scott was the willingness to say the hard thing that Scott needed to hear.

If Sandberg had done this thoughtlessly or with frustration, Scott would have sensed that and likely would not have been able to absorb the guidance in the same way. She may have felt defensive and angry with Sandberg, or she may have shut down entirely and dreaded public speaking from then on.

Because Sandberg delivered the feedback with a true desire to help, though, the message got through. Scott says the key is that Sandberg had shown her repeatedly in the past that she cared for Scott and wanted her to succeed. An effective leader must be both caring and direct.

As you contemplate providing feedback to a team member on a challenge they’re having, note that if you’re harboring frustration or carrying unresolved anger or sadness about past experiences, those will affect how you enter and conduct the interaction.

It’s important to work through your own issues first. Talking them out or writing about them may help, or even just spending some time thinking them through.

Try telling yourself the story of what happened. Then ask, why did the person act that way? Your initial response may be “They were being selfish.”

Try digging deeper and continue to ask “Why?” Your mind may reply, “They want all the credit.”

And again: “Why?” Maybe your next reply will be, “They’re insecure.”

Now you’re starting to get to the root of things, but you may want to continue to analyze further. “Why are they insecure?”

Once you get to the heart of the matter, you can usually access sympathy for the person, which can help you to get past your anger and into a desire to help rather than punish.

Leadership means empathy for all

They say the squeaky wheel gets the grease. In many workplaces, the complainers, yellers, and slackers get the rewards. And many leaders are unwilling to confront those in the workplace who are violating the organization’s values, which quickly leads to an erosion of those values and a toxic work environment.

Imagine that Jessica, a person on your team, is consistently not able to complete her work. You tell yourself that she’s been having a hard time this year and that the empathetic thing to do would be to cut her some slack. It’s Jessica’s co-worker Morgan, though, who generally has to pick up that slack. Morgan is doing their own work as well as Jessica’s and has been for months.

Of course, we must be flexible and recognize that life happens. Everyone needs help sometimes. When we consistently refuse to address bad behavior, though, that can seem less like empathy and more like avoidance.

Again, try to approach the issue with care and a desire to help. Access your empathy to understand the problem.

Perhaps this is not the right role for Jessica. Maybe she needs a more flexible work arrangement or even a leave of absence.

Seek to understand Morgan’s perspective and needs, too. A willingness to view clearly the challenges that Jessica is facing and the responsibility that puts on Morgan is essential to a healthy workplace.

Empathy for Jessica must mean empathy for Morgan, as well.

Failing to address an employee’s bad behavior doesn’t affect only that employee and the one picking up the slack.

It’s important to address bad behavior to protect the employees who would otherwise be affected by it and to ensure that the behavior doesn’t become the norm.

Your organization’s values are meaningful only to the extent that they’re enforced. Addressing bad behavior only sporadically, or not at all, can diminish the health of the organization and team members’ commitment to those values.

Empathy is not for the faint of heart. It requires the commitment to understand and the bravery to address difficulties.

The reward is a healthy workplace where employees feel both understood and supported. 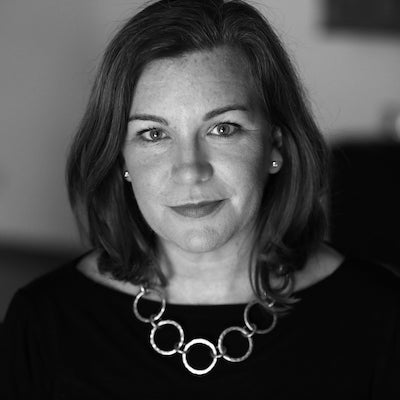