Forgiving Yourself One Step at a Time

I’m the mom of two children, a boy and a girl. Both of my kids are on the autism spectrum and have different ability levels in areas like comprehension and communication.

Medically reviewed by Danielle Wade, LCSW — By Lola Dada-Olley on June 28, 2022
The Caregiver’s Chronicles embodies snippets of a life lived by a woman juggling the roles of mom, wife, attorney, advocate, and writer as she raises her two autistic children and plans for the future care of her disabled brother.

Nearly every person I have encountered on this motherhood journey has occasionally dealt with some form of guilt. Without many of life’s pre-pandemic distractions, I realized that I was still sitting on some heavy mommy guilt myself.

My guilt was stemming from two major events: The birth of my daughter and the decision to move to another state at a crucial stage in her development.

My daughter’s birth and her diagnosis

My baby girl’s entry into this world was nothing short of dramatic. She came 3 weeks early.

My OB/GYN, who fully understood my medical history, wasn’t able to make it to the hospital. They had scheduled a C-section because I had a borderline case of preeclampsia and required bed rest in the last trimester. But, baby girl had other plans.

Weeks earlier, at a prenatal checkup, a fetal heartbeat wasn’t detected. I stayed under hospital observation for the afternoon. Later, medical personnel was finally able to detect the heartbeat and I returned home the same day.

On the day I was giving birth to my girl, I was in extreme pain. This was my second pregnancy and this pain felt deeper than contractions.

When the pain simply became too much, I asked our nurse when I’d be getting my C-section.

To my amazement, the nurse looked at me, admitted she didn’t know I was supposed to be getting one, and then said she was glad I told her.

She also let me know that if I hadn’t voiced this concern at that moment, it may have been too late.

I mistakenly thought that, because it was the same hospital, they’d have all my medical records at hand. I thought I wouldn’t need to advocate for myself as much.

I eventually made it into the delivery room. But, when my baby came, I didn’t hear her crying.

Around that same time, I heard our doctor say, “Hm, she’s not that old.” Indeed, I was in my early 30s at that time.

I turned to my husband and saw his demeanor change. He rarely shows distress, but he showed it in that moment. I knew something was wrong.

I told him to be with our daughter and eventually passed out.

I woke up later to learn that our daughter had swallowed meconium and wasn’t breathing for a while.

Now, she’s intellectually disabled and experiences breathing difficulties. We think it may be tied to the birthing experience.

When I found out I was having a girl, I dreamed of a relationship with my daughter that was deeper than the one I had with my mother.

I started daydreaming about our mother-daughter spa days and taking time out of our schedules to connect regularly. I dreamt of a level of trust and candor indicative only of a close mother-daughter relationship.

I had to start looking at things differently now.

Years after my daughter’s birth, my husband and I decided to move to Dallas from Madison, Wisconsin.

Based on my research at the time, Texas didn’t have a strong social safety net for people with disabilities.

This clearly gave me pause, so I explored possible regional pockets where the kids would do well.

We eventually settled on an area with good schools. They also had a sensory-friendly library system, an inclusive parks and recreation program, and a police department trained in neurodivergent community policing practices.

Then, knowing where we were moving, one of our Wisconsin providers gave me an unconventional suggestion.

“I am not one for separating families, “ he began, “but maybe you should consider staying back with your daughter for a year to continue therapy in Wisconsin. Have your husband and son go ahead to Texas.”

I had scheduled a call with our soon-to-be insurance carrier. I wanted to confirm they had the healthcare coverage we needed, so I tabulated a list of questions to ask prospective Texas in-network providers.

I put my children on the waitlist at multiple service locations. That’d help us avoid a long period of time between the conclusion of their Wisconsin-based therapies and the start of new ones in Texas.

I thought I had covered all bases.

Yet, by the time we actually got to Texas, I found that my husband’s insurance policy didn’t really cover what was promised. My children were immediately taken off waitlists.

It would be at least 6 months before my daughter received similar therapies to what she had in Wisconsin and 4 years to get the full quality of services we once had.

I did what I could, but I was no match for healthcare professional expertise, despite my numerous attempts.

I had a front-row seat to my daughter’s slow but steady regression of her speech and life skills.

I blamed myself. I internalized so much and my guilt quietly grew.

For years, I yearned to return to Wisconsin.

I wanted to turn back time.

I wanted that additional year of healthcare to be just as I had left it.

I wanted my baby girl to be born breathing.

And then, one day, an old family friend came to town to visit. I had never told her the story of my daughter’s birth or about the complications related to our move to Texas. But I did then.

In that moment, I really needed someone to see me.

I cried. I vented. Knowing me since I was a little girl, my friend listened intently. She acknowledged my pain.

My friend understood my trauma from a deep place of empathy. She too had a child with an intellectual disability, the result of a traumatic brain injury at birth.

And then, she told me, “It is time to act like you went to the store and you bought it.” She invited me to own my story.

That moment was the foundational step on my road to healing.

I needed to forgive myself; I needed to dream new dreams for my family and myself.

I truly did the best I could with the information I had at the time.

Life would not suddenly become easy, but I needed my future to include embracing grace: Both God’s grace and the grace I would eventually learn to give myself.

This family friend is not only a valuable member of our family’s authentic community but a powerful multiplier of hope. I can never repay her for the gift she gave me that day.

I have emerged as a far more powerful, authentic, unapologetic version of myself.

One day at a time. 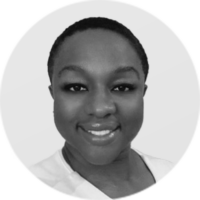