Find help or get online counseling now
advertisement
Home » Blog » Parenting » When My Mother Died, She Told Me To Try to Enjoy Life More

When My Mother Died, She Told Me To Try to Enjoy Life More

Meghan O’Rourke is a writer in many incarnations — an essayist, poet, critic, and editor. I got to know Meghan during the time that this blog appeared on Slate , and I was very eager to get my hands on her new book.

The Long Goodbye is a memoir of her mother’s death from cancer in 2008, at the age of 55, when Meghan was 32 years old. Going through great unhappiness is one of the best, and most difficult, teachers of happiness, so I was very interested to hear what Meghan had to say.

Gretchen: What’s a simple activity that consistently makes you happier?

Meghan: Taking a walk. I used to run a lot, and that always made me happier (even if I was unhappy lacing up my shoes to do it). But I tore the cartilage in my right hip and need surgery – so I can’t run anymore. The injury happened about 9 months after my mother died, and running had been one of my ways of dealing. This has been a real challenge. But I realized that I could walk instead, and over time I’ve come to see that slowing down and taking things in – rather than running through them like a linebacker – might be good for me.

Generally, reading a good book makes me happy. Reading Anne of Green Gables or T. H. White’s The Once and Future King always is great, and I return to them when I’m particularly low. And learning does too. There is a beautiful passage in The Book of Merlyn, the prequel to The Once and Future King, about this, and after my mother died it was a kind of lifeline for me:

“The best thing for being sad,” replied Merlyn, beginning to puff and blow, “is to learn something. That is the only thing that never fails. You may grow old and trembling in your anatomies, you may lie awake at night listening to the disorder in your veins, you may miss your only love, you may see the world about you devastated by evil lunatics, or know your honour trampled in the sewer of baser minds. There is only one thing for it then—to learn. Learn why the world wags and what wags it.”

[I love that passage, too! In fact, I quoted it here two years ago.]

What’s something you know now about happiness that you didn’t know when you were 18 years old?

I guess that it comes and goes. When I’m unhappy, I know that the worst part of it will pass if I just stick it out; I can survive it. At the same time – and this is more complicated, and may seem to contradict what I just said – I have a stronger sense that certain kinds of pain do stay with us and shape us profoundly. My mother’s death on Christmas Day 2008 taught me that. The shaping isn’t all for ill, though it can be challenging to remember that.

Is there anything you find yourself doing repeatedly that gets in the way of your happiness?

Not sleeping enough. Not exercising. Obvious things. One that’s less obvious, to me at least: I can be a workaholic. Sometimes I look up, feeling lonely, and realize I haven’t seen my friends or gotten out of the house for a few days. Not seeing people always makes me feel down, even though I sometimes think it will feel good to just hole up and be quiet.

Is there a happiness mantra or motto that you’ve found very helpful? (e.g., I remind myself that “There is only love.”)

My mother used to say, “Lighten up, Meg,” when I got uptight about little things. It was her way of saying, “Don’t sweat the small stuff.” She knew that I was anxious, and a little obsessive, and that sometimes I let the world seem darker than it needed to. Now that she’s gone, I say that to myself – usually when fretting that I said the wrong thing to so-and-so, or made the wrong call about something at work, or some such. Or when I wanted to do x and instead got stuck doing y – but it really doesn’t matter.

Sweating the small stuff; not taking time to feel grateful. I know these are things you talk about a lot on your blog – but actively taking the time to feel grateful can change your day radically. After my mother’s death the only way I got through the worst months of grieving was in trying to identify beauty. It sounds corny, and I probably would have laughed at myself for this once upon a time, but I would make myself try to find several beautiful things in the day and not let myself spiral into anxiety that they might someday disappear.

Do you work on being happier? If so, how?

I do work on being happier. When my mother died, she basically told me to try to enjoy my life more. So now I take more care with boring things – like trying to go to bed at the same time, eat well, exercise a little every day. I try to notice when something feels bad, or spending time with someone leaves me feeling deflated. And I tell myself most of the things that I get worried about truly don’t matter. I have a fairly hokey routine of trying to remind myself of the largeness of the universe and the minuteness of my place in it. 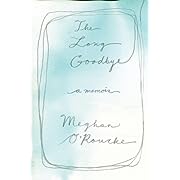 Have you ever been surprised that something you expected would make you very happy, didn’t – or vice versa?

Great question. I once moved to a bigger apartment in a remoter location thinking that the space would make me happier. In fact, I missed feeling in the thick of things – and preferred having a smaller place to feeling lonely.

The real surprise though has been what happened to me after my mother died: I remember feeling that nothing good could ever happen again, that her death was a painful force of ill in my life. But two and a half years on I can see that there were things that have come out of it that have helped me – I learned to relax a bit, paradoxically, because the thing I was most frightened of happened, and I survived. In a strange way, it has made me more grateful, and I think a lot of stuff is much funnier than I used to. (Particularly my own failures and pretensions.) In a sense, I’m so grateful not to be in the kind of pain I was right after she died that lots of little things seem pretty extraordinary – and big things, too, like the fact that loss can connect you to other people who have suffered. Ironically, I made friends with people because I was grieving and they came forward to help – and it forced us into a kind of closeness we might not otherwise have had.

I’m now officially obsessed with the sense of smell, so was intrigued by this post, Curious about…Sillage on the terrific site The Curiosity Chronicles. I’d never heard the wonderful term “sillage,” which is French for “wake” (as in the wake left by a boat) and is also used to describe how a perfume leaves behind its scent.

Father’s Day is coming soon! (June 19 in the U.S., UK, and Canada.) For your consideration…The Happiness Project (can’t resist mentioning: #1 New York Times bestseller). To make a book gift more special, perhaps you’d like a signed, personalized bookplate — or for an ebook or audio book, perhaps you’d like a signed, personalized signature card, with Paradoxes of Happiness on the back. If so, email me at gretchenrubin1 at gmail dot com. Feel free to ask for as many as you’d like, for yourself or for a gift; I’ll mail anywhere in the world; they’re free — and please remember to include your mailing address.


When My Mother Died, She Told Me To Try to Enjoy Life More

APA Reference
Rubin, G. (2018). When My Mother Died, She Told Me To Try to Enjoy Life More. Psych Central. Retrieved on August 6, 2020, from https://psychcentral.com/blog/when-my-mother-died-she-told-me-to-try-to-enjoy-life-more/

Last updated: 8 Jul 2018 (Originally: 13 Jun 2011)
Last reviewed: By a member of our scientific advisory board on 8 Jul 2018
Published on Psych Central.com. All rights reserved.

Are You Terrified of Confrontation, Even When You're In the Right?