Head Sex and the Emotional Affair

Believe it or not, extramarital “head sex” — the emotional bond formed with a secret lover of sorts — may be worse (at least for depression) than real sex outside a marriage, according to Peggy Vaughan, author of The Monogamy Myth and creator of DearPeggy.com.

A few years ago Vaughan took an online poll, asking readers: “If your partner had an affair, what would be more difficult to overcome: the deception, or that he/she had sex with someone else?” Almost three quarters of the men and women polled said deception.

Vaughan believes that secrecy is primarily what distinguishes a close friendship from an emotional affair.

For example, you’ve crossed the line if you are:

“In most instances emotional affairs are just affairs that have not yet become sexual,” says Vaughan. “They either end or they escalate. So (as with any type of affair), it’s critical that all one-on-one contact with the third party be severed — before it escalates.” 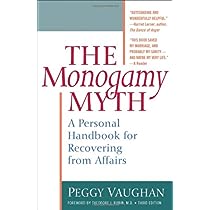 Romantic friendships are especially dangerous for women because women typically invest much more of themselves into them than men. A woman may ache and suffer for years as she grapples with her relationship issues while her male counterpart considers the extra attention a mere bonus to his family life, says Vaughan. In other words, a female sees her soul mate; a man sees fun. And, according to Aaran Ben-Ze’ev, author of Love Online, it’s not uncommon for men to be conducting two or even four affairs at once.

Even innocent flirting with co-workers can hurt a marriage. “We only have so much emotional energy in life,” says M. Gary Neuman, a psychotherapist in Florida and author of Emotional Infidelity.

“By chatting and joking with your crush during the workday, that’s emotional energy you should be sharing with your partner, and it drains your marriage of the vitality it needs.”

Head Sex and the Emotional Affair

Last updated: 8 Jul 2018 (Originally: 23 May 2012)
Last reviewed: By a member of our scientific advisory board on 8 Jul 2018
Published on Psych Central.com. All rights reserved.

5 Withholding Tactics Malignant Narcissists and Psychopaths Use To Torment You

Who's Going to win the Oscars/