Eating Your Shadow, In Honor of Groundhog Day

To confront a person with his shadow is to show him his own light. Once one has experienced a few times what it is like to stand judgingly between the opposites, one begins to understand what is meant by the self. Anyone who perceives his shadow and his light simultaneously sees himself from two sides and thus gets in the middle.
— Carl Gustav Jung

The despised self, the disowned self, and the shadow: By any name psychology has acknowledged the dark side of our personality in many forms. It is also in literature (Dr. Jekyll and Mr. Hyde) and at the movies (Black Swan) we may first come to know the shadow. Psychology has long since been trying to get us to deal with it. There is a way. The ultimate way of coping with it is to eat it. 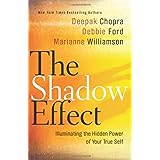 The Shadow Effect, by the leading spiritual healers of our time — Deepak Chopra, Debbie Ford, and Marianne Williamson — is one of the most recent efforts at getting people to understand this idea. They offer the recipe for taking back in the shadow aspects of ourselves. It is the popular version of what Jung talked about in the struggle to cope with a personal or a collective (archetypal) shadow. To become whole we must assimilate our darkness, or, as the saying goes, to eat the shadow.

In a 1998 interview with Scott London, Connie Zweig, author of Romancing the Shadow, explains her collection of stories from people who have integrated their personal shadow. She seems very much to follow the idea put forth by Jung that “[E]verything that irritates us about others can lead us to an understanding of ourselves.”

Eating Your Own Shadow

If you would like to try a taste of your own shadow, let me offer a recipe I use when I teach my graduate students. Here is an exercise I use to help them munch on at least a small part of their own shadow: 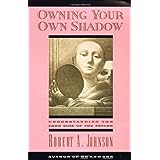 A little book on the human shadow, by the poet and author Robert Bly, is a wonderful introduction to the topic and will whet your appetite for a shadow buffet. And Owning Your Own Shadow: Understanding the Dark Side of the Psyche by the Jungian, Robert Johnson, has a marvelous understanding and depiction of what happens when you can incorporate both sides of the psyche. He uses a Venn diagram of two overlapping circles to make the point that the true self emerges when the opposite features of ourselves overlap. If you imagine one circle yellow and the other blue intersecting, the resulting space would be almond shape and green. It is the graphic that helps us understand what Jung meant when he said:

Anyone who perceives his shadow and his light simultaneously sees himself from two sides and thus gets in the middle.

Eating the shadow requires a radical acceptance of who we really are, who or what we fear becoming, and what we have done to prevent that from happening. By assimilating the shadow, eating it and taking it in rather than projecting it out onto others, we become whole and authentic.

Eating Your Shadow, In Honor of Groundhog Day

Honored by Sharecare as one of the top ten online influencers on the issue of depression Dr. Dan Tomasulo, Ph.D., TEP, MFA, MAPP is a core faculty member at the Spirituality Mind Body Institute (SMBI), Teachers College, Columbia University, and holds a Ph.D. in psychology, MFA in writing, and Master of Applied Positive Psychology from the University of Pennsylvania.

He authors the daily column, Ask the Therapist, for PsychCentral.com, and developed the Dare to be Happy experiential workshops for Kripalu.   His award-winning memoir, American Snake Pit was released in 2018, and his next book, Learned Hopefulness, The Power of Positivity To Overcome Depression, is hailed as: “…the perfect recipe for fulfillment, joy, peace, and expansion of awareness.”  by Deepak Chopra, MD: Author of Metahuman: Unleashing Your Infinite Potential.

APA Reference
Tomasulo, D. (2018). Eating Your Shadow, In Honor of Groundhog Day. Psych Central. Retrieved on May 25, 2020, from https://psychcentral.com/blog/eating-your-shadow-in-honor-of-groundhog-day/

Last updated: 8 Jul 2018 (Originally: 2 Feb 2011)
Last reviewed: By a member of our scientific advisory board on 8 Jul 2018
Published on Psych Central.com. All rights reserved.

The #1 Myth About Psychopaths and Malignant Narcissists: What People Get Wrong About These Types

Not All Childhood Emotional Neglect is the Same: 5 Different Varieties

How the 8th Sense Affects a Child's Emotional Experiences

How to Successfully Work with a Narcissist