Find help or get online counseling now
advertisement
Home » Blog » Parenting » Are You Living Vicariously Through Your Kids?

Are You Living Vicariously Through Your Kids?

In his book, The Available Parent: Radical Optimism for Raising Teens and Tweens, psychologist John Duffy, PsyD, talks about an adolescent client named John, who’s a star football player. He’s so good that the local paper predicts that he’ll play in Division I football, and college scouts have already started contacting him.

A teenager’s dream, right? Well, unfortunately, John isn’t too keen on football. He plays the sport solely because it’s the only time his father, a famous college football player, pays attention to him.  And John pines for that attention and his dad’s approval. But he also wants to quit football and pursue other interests.

Maybe you’ve felt a similar trap with your own parents: not enjoying or downright hating something you’re doing but sticking with it because it’s the only way, in your eyes, that you can connect to them.

While Duffy doesn’t question John’s father’s love, he does offer some wise (and very simple to follow) advice, which I think is important for all parents to keep in mind.

First, [John’s father] can show a genuine interest in John’s world by asking instead of telling. He might ask John about his interests. He might ask how he feels about football these days. He might ask what’s going on at school and with his friends. He can be open to hearing what John has to say, even if it does not reflect perfectly what he wants to hear. John’s dad proved to be a good coach, but not a great listener. The best way to get to know your teen is to ask and listen, a lot.

In the same chapter Duffy features a valuable activity for parents, which he uses in his clinical practice. The exercise helps parents figure out their own motivations for wanting what they want for their kids.

…Find a nice, quiet place in your home where you can sit with pen and paper. Now take a moment and write a wish list for your teenager. Write down what you want for him socially, emotionally, academically, athletically, musically and in any other pertinent areas of his life, now and in the future. Do not read until you complete your list.

I would like you to review your list honestly and evaluate the nature of each of your wishes.

Of course, it’s totally understandable (and healthy!) to want and wish great things for your child. For instance, one of the biggest motivators behind my parents’ immigration to America was opportunity. That is, they wanted me to have opportunities that they never had; to be judged exclusively by my academic abilities and accomplishments, not by my religion or ethnicity; and to be successful, however I defined the term.

They always supported my passions, regardless of what they were. (In 11th grade, when I decided that I wanted to be a Broadway star, they paid for dance lessons, a leotard, several pairs of special shoes and a few pretty pricey costumes! Thankfully, one of them is perfect for Halloween. Fact: I happily wore it in 2010.) Sure, I still felt the pressure to succeed, but most of that was self-created and perpetuated. They never forced their interests or passions on me.

And that’s where trouble sets in: when you’re living vicariously through your kids. When your dreams for them look a lot like activities you would’ve loved to pursue or ones you did practice.

Of course, sometimes the distinction is subtle. Here’s how to tell if your ego is getting in the way of your child’s dreams and interests, according to Duffy: 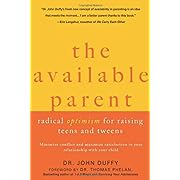 An example of an ego-driven response would be “I would like Robert to get straight A’s through high school so that he can continue the family tradition of attending Harvard.”

An example of a more ego-free response might be “I would like Jack to get good grades so that he feels competent and his options remain open” or “I would like Bethany to experience closeness, trust and fulfillment in her peer relationships, setting a foundation for positive, loving relationships in the future.”

A wish list driven by your ego can have consequences. Not only does participating in activities your child doesn’t enjoy make them utterly miserable, but they may misinterpret your love as conditional. Duffy mentions this powerful point in the chapter: “To John, his father’s love feels conditional: he’s good enough as long as he’s playing football and playing well.”

By becoming more in tune with your own desires for your kids, you’ll be able to tell if you’re making your child’s life all about you (and your ego). If you are (or you think you might be), just unplug your ears. Yep, it’s as simple (and difficult) as that.

While Duffy directs this advice toward John’s father, it’s pivotal for all parents: The way to change a dynamic such as John and his father’s relationship for the better is “with a few open, loving, listening interactions.”

Are You Living Vicariously Through Your Kids?

APA Reference
Tartakovsky, M. (2018). Are You Living Vicariously Through Your Kids?. Psych Central. Retrieved on March 29, 2020, from https://psychcentral.com/blog/are-you-living-vicariously-through-your-kids/

Last updated: 8 Jul 2018 (Originally: 1 Aug 2011)
Last reviewed: By a member of our scientific advisory board on 8 Jul 2018
Published on Psych Central.com. All rights reserved.

101 Things to Do During a Lock-down

How to Protect Yourself from Others' Negative Energy

Anxiety, Depression and COVID-19: Now's the Time to Feel Our Feelings - Here's 8 Ways How to

Our Experience With Probably Having Coronavirus (COVID-19)